365 Days ago Scott and I arrived in Oslo for the first time. We hadn’t planned on visiting the Norwegian city, in fact we hadn’t planned on going away at all. You know those Facebook deals that pop up every now and again? Where you think ‘yeah right, what’s the catch’ well we can vouch for Holiday Pirates coming up trumps. A few weeks beforehand we saw flights from Stansted direct to Oslo for £14.99 return. How can you not go away for £14! Thing is, this was the beginning of the year and who has ££’s then – Not us that’s for sure. So we decided if we do this, it has to be on a budget and this is how we did it…

The Flights were direct and you land before you know it. We booked through eDreams and flew with Ryanair and like I said for £14.99 return each. Standard early morning breakfast and beers before the flight and we land in a sunshine bathed Oslo. I’m not going to lie, we were a little (well extremely) disappointed the sun was shinning with zero trace of snow. Then as we were waiting for the free bus to take us to the train station, the clouds performed and threw the white stuff at us – In bucket loads! In classic Ryanair style, we were flown in to an Oslo airport which is nowhere near Oslo. It is in fact Moss Airport Rygge. Nothing a £9 train journey couldn’t solve. Actually, it was really nice watching the snow fall over the countryside as we cut across it.

There are some beautiful hotels in Oslo, The Thief being one of them however as we were doing this without splurging, we headed over to Secret Escapes who had a deal on The First Hotel Millennium. It was perfectly centralised to where we wanted to be and only £140 for two nights bed and breakfast. There were cheeper options however we felt this was great value for money.

It was early afternoon by the time we arrived into the beautiful city of Oslo. Using good old google maps, we took the short walk over to The First Hotel Millennium. Throwing on an extra layer and giving our room the thumbs up we headed out to explore. You can not miss the beautiful architecture of the Norwegian Opera House. This is where we headed first – Right to the very top of it in fact!

We then snaked our way through a few bars (Be aware the beers in the central area are NOT cheep) and stumbled accross Taqueria, literally stumbled – We couldn’t work out how to get into the place! Here we ate some of the most amazing mercian food we’ve ever had and certainly the best wine we tasted in Oslo. Vino does not seem to be their forte. Considering Taqueria was in a pretty central area it wasn’t badly priced at all. Taking a walk up to the Royal castle was pretty chilly so we warmed up with some ice skating – Which I now realise I’m about as good at as the Oslo bars are at buying wine.

This was quite possibly THE best day of 2016 for me. After a little pre Oslo research we discovered Korketrekkeren. And the biggest reason we were after the snow. Korketrekkeren is a 2000 metres long, toboggan run with an elevation drop of 255 metres. It’s a little way out of central Oslo so you’re going to have to get comfortable with the public transport – Which is so clean and easy to use in Norway.

Grabbing some coffees from the hotel we took a stroll to the metro and jumped on the train for around £8 (Day travel card) which took us all the way up to Frognerseteren and the start of the run. At the top you’ll find a little hut and a place called Akeforeningen where you can rent your sled and helmet for the day for around £12 a day. I believe it’s the old luge run from the Winter Olympics which were once held in Oslo. It takes around 20 minutes to get from top to bottom and passes the Olympic Ski Jump. At the bottom you’ll find Midtstuen metro station where you jump back on the train and travel back to the top. From there on in just throw yourself down the slope and repeat!

We sled for 6 hours with a stop at the restaurant on the top for the most expensive beer and muffin in the world. We witnessed two beautiful sights that day. One being the school children that boarded that train uphill home. Innocently throwing snowballs across the station and messing about in the snow. All of the girls both younger and teenagers were bare faced, showing all of their natural beauty, not a HD brow or foundation line in sight. The second was the sunset we viewed over Oslo that day. We decided to walk down the run hand in hand at the end rather than getting the metro back down and it was simply stunning.

This was our last night so we decided to venture a little further out of the centre. We headed to the grunerlokka district in search of food and drinks. After a full day of sledging pizza was on our minds and we discovered a lovely italian which I can’t remember the name of. It was really reasonably priced though. From the window we clocked Aku-Aku Tiki Bar . This iswhere all of the excellent cocktails were had before a stagger back to the pillows.

The sun was out and the time to head home had come. Not before another trip to the Opera House with a walk down to the docks. A little sunbathe and some time swooning over the designer shops. We really felt like we were lucky enough to see the best of Oslo in the little time were were there. Not only this, we saw it all on less than £150 each. It’s a beautiful place which can be truly enjoyed both winter and summer. It has had us thinking about a Norwegian Fjords cruise ever since. The shopping is incredible, the arcitecure beautiful and the residents extremely friendly and hospitable.

Thank you Oslo, you were truly beautiful 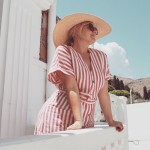 I hope you enjoyed this blog post. I love hearing from you all so please feel free to leave a comment below x

Lover of
The Husband | Holidays | Norwich